We’re back from last weekend’s Texas Pinball Festival, where we had nine P3s set up for everybody to play.  The Limited and Standard versions of our latest game, Weird Al’s Museum of Natural Hilarity, were played constantly throughout the event, and the enthusiasm and reactions to the game were absolutely amazing.  We also set up Heist, Cosmic Cart Racing, Sorcerer’s Apprentice, Lexy Lightspeed – Escape From Earth, Cannon Lagoon, and Heads Up. 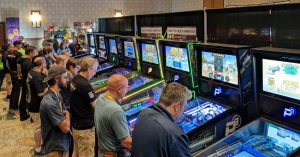 It’s always nice to show the variety of games that can all be played in a single P3 machine.  It was clear from the many conversations we had throughout the show that more and more people are recognizing the P3‘s value proposition and our commitment to delivering the best games, features, and value in the pinball industry.  Our estimated wait time for new machine orders has now grown to 13 months, and most new customers are already planning to purchase multiple game kits with their machine.  The option to add new, full-featured pinball games to a P3 for $3000 or less sets the P3 apart from other machines, especially as we continue to raise the bar on theme immersion, fun rulesets, and amazing physical toys and features. 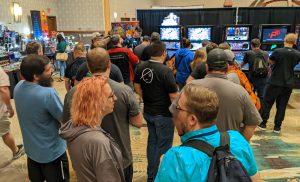 Pinball games are evolving.  No longer is pinball just a sequence of shots resulting in sound effects and scores; it’s becoming an immersive experience where you play a role in a story.  With the interactive and dynamic graphics on the P3‘s playfield, we’re able to immerse you into the story of each game in unprecedented ways.  In Weird Al’s Museum of Natural Hilarity, the playfield artwork changes for each song and has you hitting shots whose meaning is connected directly to the lyrics.  In Heist, the playfield contents similarly change as you hit meaningful shots to build your crew and work towards the Big Final Heist.  The story of each game enhances the playing experience, and our game designers leverage the platform features to immerse you in that story. 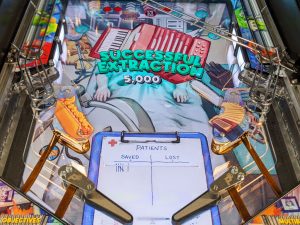 If you’re interested in owning a P3 and you’re not yet in our order queue, you might consider placing an order now (either directly with us or through one of our authorized distributors).  We ask for a $2,000 deposit up front to reserve your spot and nothing more until your machine is on the assembly line.  We obviously can’t predict the future, but orders continue coming in, and we’re already working on new content; so we expect interest to continue growing. We process all customer shipments in the order the orders were placed. So if you want to be close to the front of the line or already have a machine when our next game launches, don’t wait to place your order!

We presented a seminar last weekend titled “Multimorphic and the P3 – Chapter 2: Things Have Gotten Weird”.  We talked all about the platform and our latest games and answered a lot of great questions.  You can watch the recording here: https://www.twitch.tv/videos/1437590142

As you can infer from the attached picture of our warehouse floor, most (not quite all, but most) of the parts for our next large batch of machines have arrived.  We’ll be ramping up production in the coming months and working through the still-growing queue of orders.  Machines and playfields will be built in parallel queues.  So existing P3 owners won’t be waiting behind machine orders to receive their new game kits.  That said, orders coming in far exceeded the number of parts we already had on order.  So our estimated production times include estimated delivery schedules for additional parts. 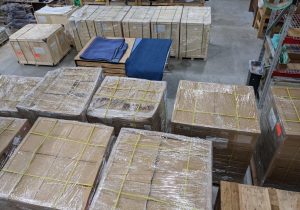 Related to supply chain logistics, we recently took delivery of the remaining parts for our Flipper Upgrade Kits.  So we’re now packing and shipping all outstanding Flipper Upgrade Kit orders.  Please note that the new features of the Flipper Upgrade Kit are only activated by new versions of all of the game applications.  Released versions of Weird Al’s Museum of Natural Hilarity and Sorcerer’s Apprentice already include the new code.  As of today, Heist also joins that list (app version 2.0.0.2 and Heist module driver version 1.2.0.0).  The other games will all be updated in the coming weeks, with a Lexy Lightspeed – Escape From Earth update coming in the next few days.  With last year’s System Manager release (version 3.1.0.0), app updates can be installed over WiFi or from a USB thumb drive.  Older game apps will still activate the flippers just like they used to, even with the Flipper Upgrade Kit installed. 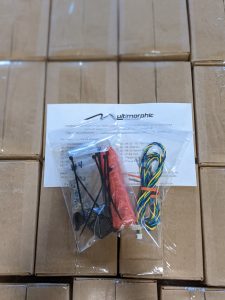 Thank you all for your continued enthusiasm for the P3.  All of us spent a lot of time talking to people at TPF, and the excitement for what we’re doing never ceases to amaze.  We have some of the most supportive and appreciative customers we could hope to have, and we’re looking forward to building everybody’s game(s) and continuing to develop content that we hope you love.

I’ll leave you with the video from our gameplay reveal of Weird Al’s Museum of Natural Hilarity with Kevin Manne from Buffalo Pinball. I hope you ENJOY IT!