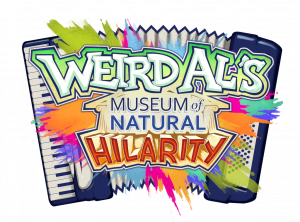 Weird Al’s Museum of Natural Hilarity is based on the music and career of “Weird Al” Yankovic, the 5-time Grammy award-winning singer, musician, and actor. It features 17 Weird Al songs, over 2000 custom callouts from Al himself, and a software and graphics package that immerses the player into his songs and lyrics. The game also features our most intricate playfield layout to date, designed to present a museum full of interactive and hilarious references that span all of Al’s illustrious career. 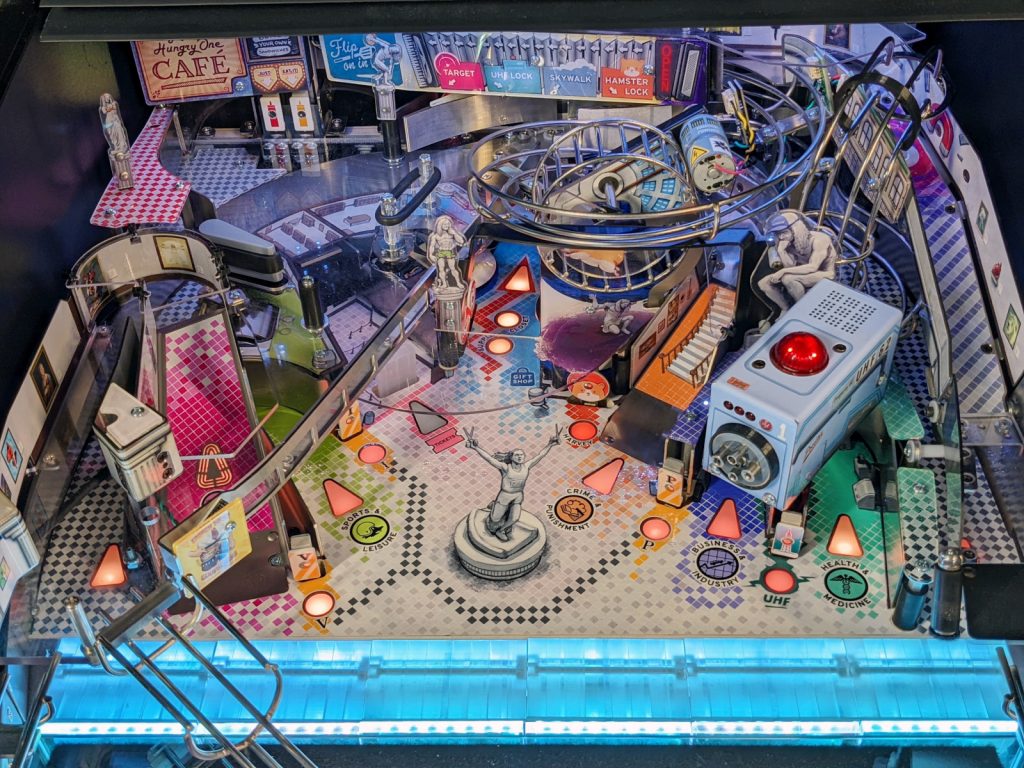 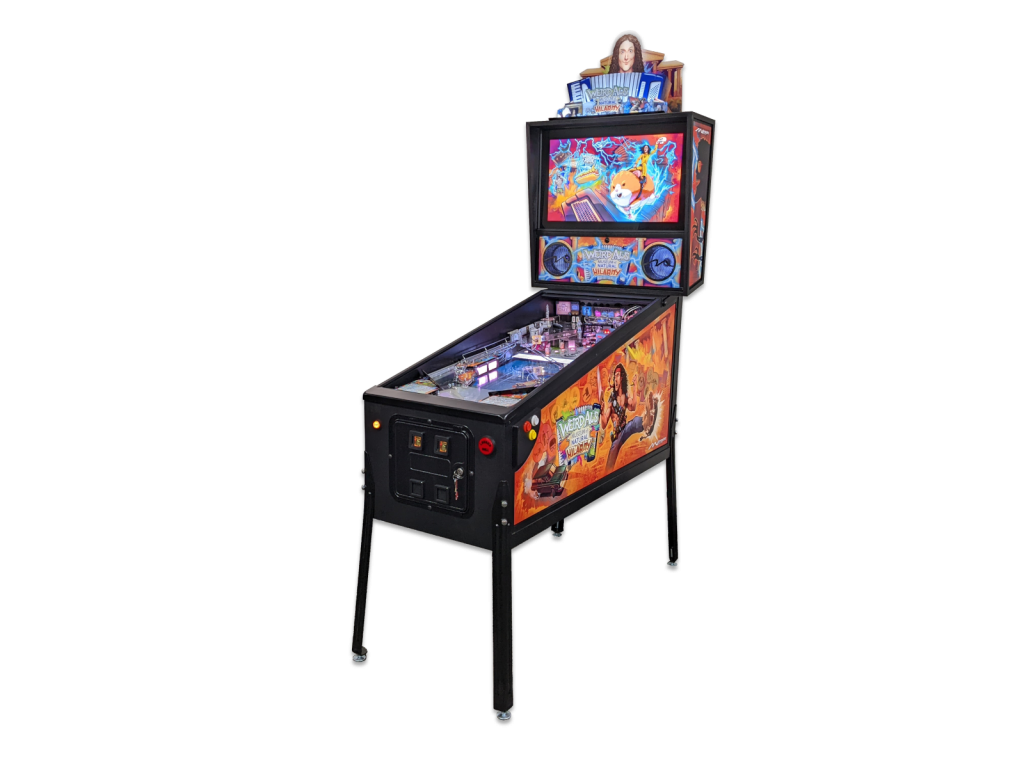 Weird Al’s Museum of Natural Hilarity retails for $3,000, and the base P3 machine new customers will need to play the game retails for $8,300. Limited Edition packages retail for an additional $1,800. Game kits, P3 machines, and limited numbers of Limited Edition packages can be ordered directly from us and all authorized Multimorphic distributors, beginning on Monday, 2/28 at 9:00am Central Time. Lead times and availability may vary. Feel free to email us or a distributor now to be placed on an interested parties list.

Introduced alongside the new game kit are a number of P3 Platform enhancements. These include a new backbox design, a motorized wall/scoop assembly, and an enhanced main flipper assembly. The new backbox design has a backlit speaker panel and support for additional upgrades, such as pinball toppers and an RGB-LED speaker kit. The new wall/scoop assembly has motors instead of coils, software-based leveling, and individual switches on each scoop mechanism. The enhanced flipper assembly differs from older assemblies by including our recently announced flipper upgrade kit. All of these enhancements will be made available to existing P3 owners as optional upgrades, and all existing games, including Weird Al’s Museum of Natural Hilarity, will play fine with or without the upgrades.

Regarding manufacturing and lead-times, new P3 machine orders are expected to ship approximately 16-18 weeks after the orders are placed, but lead-times may grow substantially based on the number of orders received. A separate assembly line will be used for game kits, enabling shipments to existing P3 owners to go out in parallel with shipments of new P3 machines.

We feel incredibly honored to have worked with Al and his team to develop this game, and we’re excited to share it with the world. For those of you eager to see the game in person, we will have both Standard Edition and Limited Edition versions of the game available for play in our booth at the Texas Pinball Festival in Frisco, TX March 25-27. We hope to see you there!